List of Abbreviations
You come across a lot of abbreviations in aviation, so we thought we would make a reference list as we learned them.  If you have others to add, send them our way.
Metal Working For Plastic Plane People
This is a section that covers the details for the metal work that is done on these planes (which isn't a lot, but it's there).
Fiberglass Defects
This is a handy reference to defects that can happen with fiberglass with example images.  Might help during the construction to recognize the issues.
Tips And Tricks
Things that we found made life easier while working on the plane.  Hopefully they'll help others too.  Most of these are from other builders, so we can't take credit for it, but thought I would try to make it easier to find the information in one place.  Try them out and see how they work for you.
Tools And Shop Setup
To build a plane, it helps to have the right tools and space for it.  there have been many creative options.  This outlines our setup
Part Weights
Here's a list of my part weights for comparison.  I appear to fluctuate above and below the average posted on Mark's sites, though there's not much data available from other builders.  These are here for references to give others ideas of what they can be.  All are before any finishing work with any special notes.

This outlines the changes I plan to make from the plans, most done in the name of safety and most of a non-structural type.
As was stated in the About section, modifications are something that must be thought about if they are to be pursued.  Some are more benign than others, but each one adds time to the build as you have to then figure out the dimensions and installation.  For us, we decided to keep the modifications to those that were proven and were from a safety/comfort stand point.  Comfort is something I consider part of safety because if the pilot is not comfortable, then that's something to distract from important tasks.  The Cozy is aptly named, so trying to do something about the interior room was a must, but we weren't comfortable with the idea of widening the airplane.  Other items were from safety stand points.   After lots of reading, these are the things we decided on for our build: 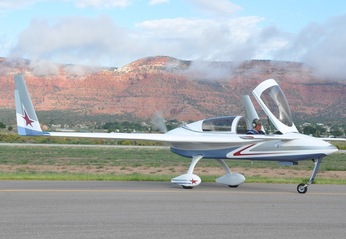 (Front Hinge Canopy (FHC)
This was considered a must because the plans version would create a major hazard should it ever pop open in flight.  In contrast, the FHC will naturally want to close back down if it opens (this has been shown to be true, see the video here).  This is considered a must by most builders and I won't be any exception.  The draw back is that it's harder to vent the cabin during taxi, so something has to be figured out for that. The left is a Long EZ with a FHC.  The Cozy with either have to have a split canopy or a really long canopy in order to get in the back seat area.  I originally thought about having a single canopy, but it gets windy here in Utah, and having a sail like that wouldn't prudent.  So I will probably end up with a split entry of some type.
Texas Canopy
Aero Canopy created a larger version of the canopy at the request of a customer.  The canopy offers extra height and width over the standard canopy.  Though this will make the frontal area larger, the comfort it adds is great.  It will also allow the passenger area to get a little bit of extra room as well where I feel it's probably needed more and much more appreciated.  I'm hoping the added space doesn't slow down the plane much, but I consider the comfort a safety item.  The less distracted you are, the more you're focused on flying.  Happy passengers also goes a long way. Just for information, I did sit in a Cozy Mark IV with the standard bubble and didn't find it that bad up front.  The back does make it kind of snug though.  Plus, if it allows me to sit higher in the plane to see over the IP better, then it may very well be worth it.
Seatback Placement
It's common to move the seatback an inch or two.  This is one that Nat gave his blessing on.  I got to sit in a Cozy with the seat set at the plans position and my extra long legs could use some extra space.  I decided to play it safe and move it back one inch since most people seem to do that  Should give me some options later.
Widened Seatback Brace
Like other builders, I worried that 1.5 inches for a space to put stuff would be on the small side, so I decided to widen the brace to 3 inches.  This will allow water bottles to fit removing the concern for cut holders and make it easier to retrieve items from the slots.  This will push the speed brake motor out further, so I might need some extra bracing, but I plan to do a full length hinge anyway.
Engine
The engine choice isn't set in stone yet.  We're starting to lean towards a Subaru engine install.  You will find there's a lot of debate on auto engine usage.  Our desires for thinking abut this route is the lower cost of maintenance (parts are considerably cheaper and readily available), I have a greater familiarity with working on auto engines than aircraft engines, and you can run cheaper fuel (sometimes 1/2 price).  The lower costs would allow for more practice flying which keeps the pilot more current and should increase safety because of it.  However, auto engines have a higher risk associated since there's no standard installation method, but careful planning and proper monitoring can make them comparable.  We'll see when the time comes on which route we go. 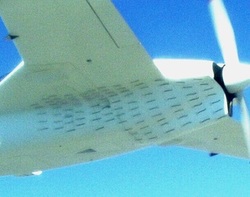 Boat Tail Cowling
The plans version of the cowling involves a large curve that results in separated airflow.  Somewhere along the way, someone came up with the boat tail.  The idea is that by adding a tail to the back the slope of change can remain at or under the 3 to 1 ratio (for every three inches of length the curve only changes 1 inch or less). This allows a more gradual change in the contour which keeps the airflow connected.  Then someone went further and moved the exhaust to this location as there was already space there and it removes extra bumps from the cowling.  An eductor can be combined to hopefully assist in pulling cooling air through even when idling on the ground.  I was looking to do the same thing.

Extended Strakes
This is another comfort modification made to the plane.  The Cozy's strakes end just past the front seat in the plans.  However, the Long EZ, which is the plane the Cozy was based on, had an extra bend in the strakes that took it forward to the instrument panel.  This effectively creates more elbow room for both pilot and passenger in the front.  The mod is considered low risk as it has been done several times and doesn't contribute to any major aerodynamics.  In the image, a Long EZ is on the left with the Cozy on the right.  You can see the Long EZ strake comes to the front of the canopy while the Cozy stops half way.

I guess it helps to have some information on the builders themselves.  You never know if you might run into us at a fly-in. 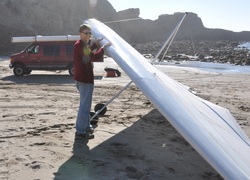 David
I'm the primary builder of the plane.  Flight has been large part of my life.  However, unlike most other canard pilots, I'm new to powered aviation.  My flight experience involves hang gliding for over 10 years.  It's a hard but rewarding experience that is still misunderstood.  Though I still have a love for free flight, I've always wanted to move into powered aviation.  Hang gliding is good for hanging around, but it doesn't provide much utility.  It's also hard to share with the family since I don't have my tandem rating.  We now have family all over the country and it's either long car trips or expensive plane tickets (somewhat cheaper if you can find the right dates to fly on).  So it was time to move onto airplane ownership.  This will give us the opportunity to fly when we want (weather permitting) while keeping costs fairly comparable.  Time will tell how the cost issue comes out, but I'll still take it over flying commercial.  The plan is to complete flight training shortly before the plane is ready to fly so that very little time passes from training to test flying.  I'll also seek transition training to make sure all is well before the first flight.  By the time the testing is done, I'll have at least 80 hours in the air and should be relatively proficient.  There will also be lots of practice of take offs and landings as I know from hang gliding those are the two most important moments in flying. 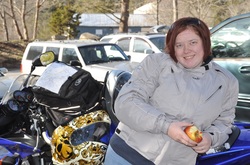 Alyssa
The primary support system.  Flight of any type was new to her till she met a hang glider pilot.  Since then, she has flown across the country, hang glided to 1,600 feet over the ground, and flown in a couple of small planes including a Cozy Mark IV.  She's also very excited about the build and tries to be involved as much as possible.  Typically, her support ends up as watching the little one while I'm able to build, though she does have the badge for glassing the sides of the aircraft (a large layup). 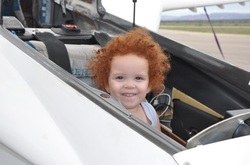 Inara
Our enthusiastic supporter.  She always talks about building and flying our airplane even though her two experiences in small planes frightened her a bit (not use to 3 dimensional movement I believe).  She has helped out by holding a light when needed to see as well as building her own airplane out of scrap wood.  She also acts as the Good Will Ambassador at canard gatherings. 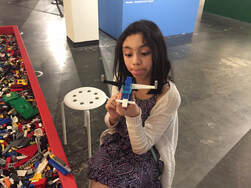 Lindsay
Our reality checker.  Lin has had the privilege to fly with Cookie in his plane along the Kanab cliff line and then help move an airplane project.  She likes to make sure we keep it real and don't daydream too much.  At fly-ins, she's usually seen being the fashonista helping all the planes on the ramp look better by association.